Schiff Hardin LLP attorneys Tracy Adamovich and Mir Ali each point to a 2017 Veterans Day panel as the origin of a renewed firm-wide commitment to assist United States veterans. Hosted in their Chicago office, and video streamed to its six other stateside offices, the panel discussion was one of the best attended events at the firm.

It came about while making plans to invite a veteran to speak at the firm to commemorate the holiday. Ali recalls one of the attorneys in that meeting wondering aloud, “Why would we bring in an outside vet when we have our own attorneys who are veterans with incredible military experiences to share? That would be most captivating to us.”

So Adamovich was invited to fly from the New York office to join two other Schiff Hardin Army veterans that would take part in the panel, Ali and Sam Bonnette.

“It was such a great thing,” Adamovich says of the panel discussion. “I was so appreciative to share my story with the whole firm.”

Since then, the firm has redoubled its commitment to serving veterans, expanding on a veterans inclusion network that began in the fall of 2011. Today, the MASH program (Military Appreciation at Schiff Hardin) has taken on three pro bono cases for The Veterans Consortium, helping veterans through the legal process to get the benefits they deserve. The firm has notched three early victories, with the final disposition of the cases still to come. Their efforts are picking up steam and cultivating interest within the firm, according to Ali.

For their commitment and dedication in creating a firmwide program devoted to serving our military veterans, the firm of Schiff Hardin has been selected as The Veterans Consortium’s Volunteer Inspiring Pro Bono for May 2019.

“The depth of the commitment Schiff Hardin has made to serve our veterans is incalculable,” says Courtney Smith, TVC's Senior Director, CAVC Practice. “They have made outstanding progress with the three cases they have taken on and their plan is to engage many more attorneys in the aid of our veteran service men and women. We could not be more thrilled to be partnering with Schiff Hardin in this venture.” 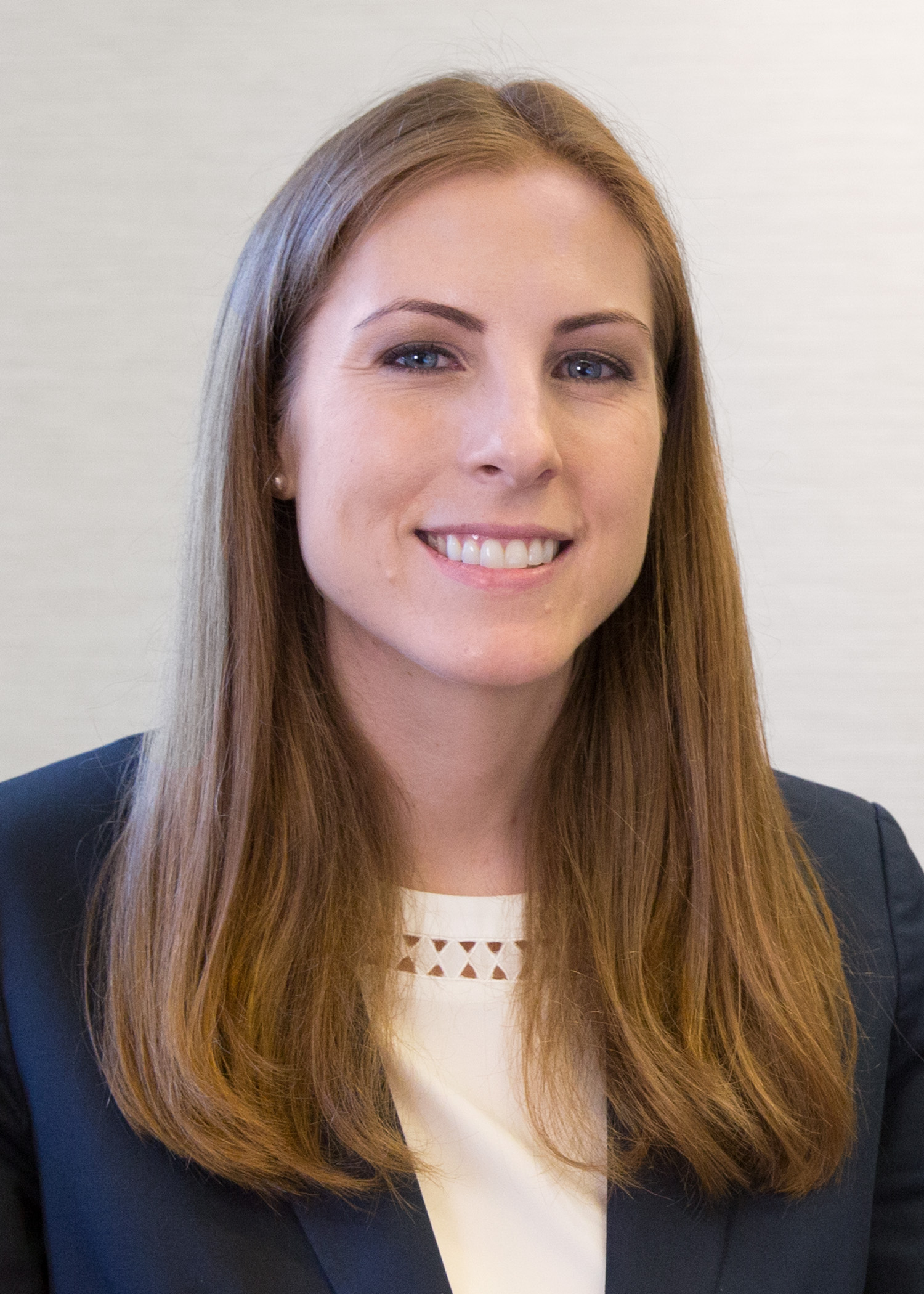 For Adamovich, 40, a native of Garden City, New York, becoming a lawyer “was always the end game.” Growing up, she talked endlessly about cases with her step-father, a lawyer, who influenced her greatly with respect to the law. She was also impressed with the nearby United States Military Academy at West Point, which she attended from 1997 to 2001. She found her years at the academy, “challenging, yet rewarding,” and was excited for an opportunity to serve her country.

Her five years of military service included an assignment in Bamberg, Germany as a personnel officer supporting the first infantry division and a tour logging casualties in Tikrit, Iraq. Then it was time for Adamovich to pursue her next dream. She attended law school at St. John’s University School of Law and spent her first years in New York with Sullivan & Cromwell, an international law firm. Eager to work in the area of wills and estates, Adamovich took a job as a financial advisor, which positioned her to transition to estate and trust law. Adamovich says her role as a casualty operations officer really shaped the type of law she wanted to practice. She’s thrilled that Schiff Hardin allows her to mix her two worlds.

“From the top down, the firm is very supportive of our veterans work,” says Adamovich who enjoys skiing, traveling and reading in her free time. 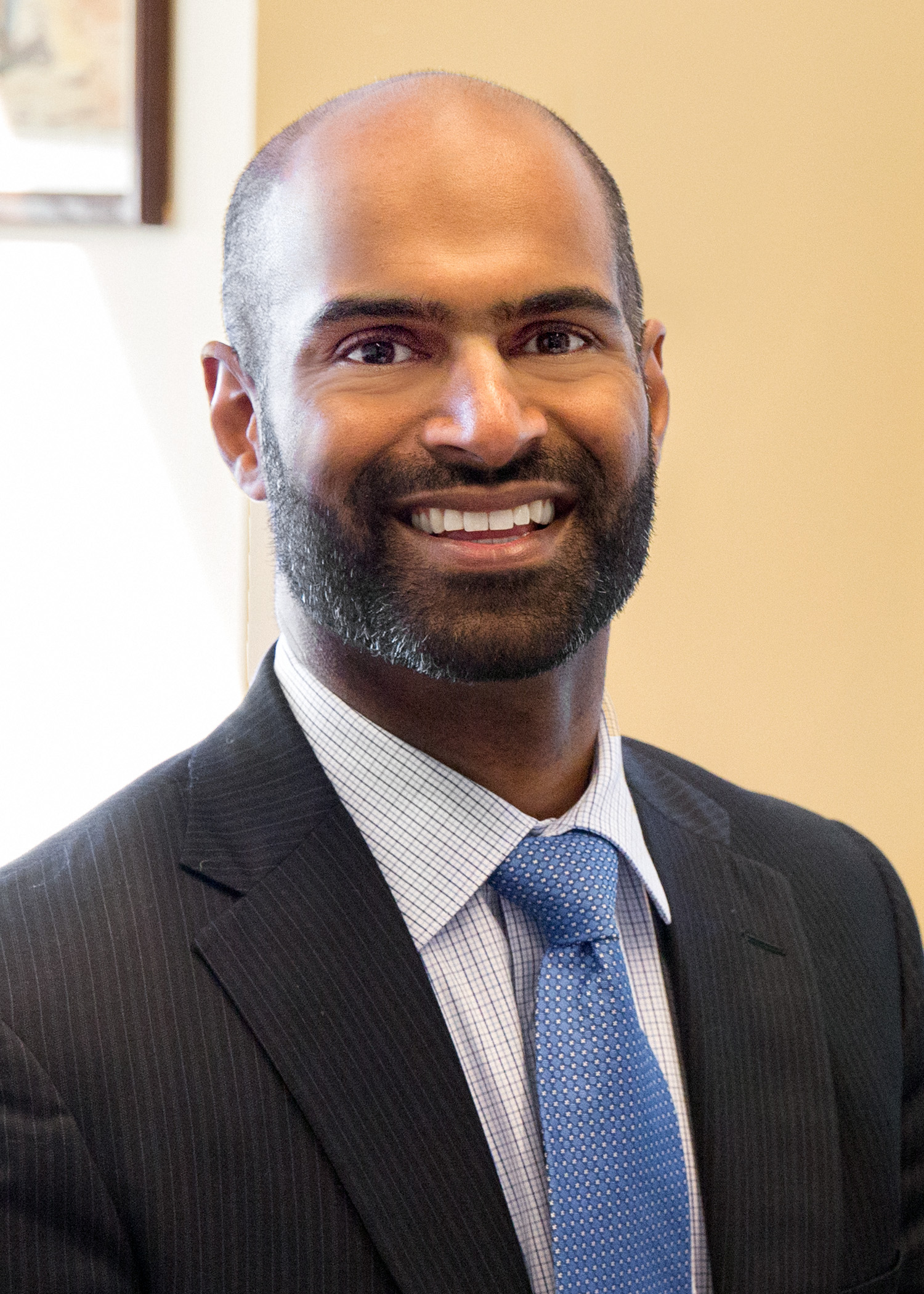 The son of immigrants, Mir Ali, 40, grew up in Peoria, Illinois, hearing stories about his parents’ journey to become American citizens. He witnessed their work ethic and how they were able to provide for him with their newly earned opportunities and rights. A desire to give back to his country was instilled in Ali from a very young age. He joined ROTC at the University of Illinois and began a three year active duty commitment in 2000. While his unit didn’t deploy immediately following the 9/11 terrorist attacks against the United States, he made the decision to voluntarily extend his Army career. He tried out for the Army Special Forces, and after two years of highly intense training, he was the captain of a 12-person team of Green Berets.

While a captain is normally allowed to stay on a Special Forces team for up to two years, Ali was fortunate to command his team for three years, which included two tours in Afghanistan between 2005 and 2007. After his second combat tour, Ali was offered a staff position to continue his military career, but he decided to go to law school instead.

“I absolutely loved being on the ground with my team and our local partners,” Ali says. “But, I also always had an interest in law and I wanted to go to law school.”

After attending the University of Michigan Law School, Ali deferred a job offer from Schiff Hardin for one year to clerk for Chief Judge Gerald Rosen, U.S. District Court for the Eastern District of Michigan. He is married to his childhood sweetheart and together they are raising three children. In his free time, Ali loves hiking and everything outdoors.