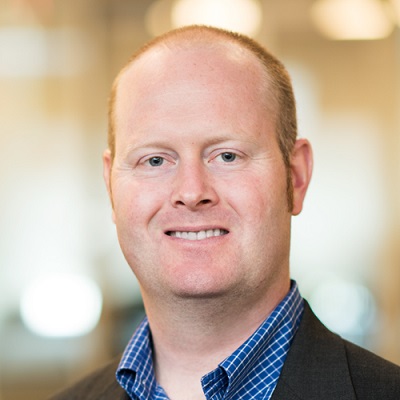 After a 13-year Army career, John Lynch headed to law school at Georgetown University Law Center. He got involved with the school's Military Law Society and created a pro bono project with area veterans advocacy groups. Looking back, Lynch realizes there was little he and his fellow law students could do beyond intake screening for veterans looking for help with discharge upgrades. But his efforts to connect with the larger community of veteran advocates gave him a groundwork for the future.

Today, Lynch, who also earned a Master of Business Administration degree while studying at Georgetown, is a corporate attorney with Wilson Sonsini Goodrich & Rosati, P.C. Still, he never forgot those days, meeting with veterans in a conference room and neighboring offices, at the Mayor's Office of Veteran Affairs in Washington, D.C. His desire to do more led him to The Veterans Consortium (TVC), where Lynch, 40, just accepted his fourth pro bono case. For his stellar commitment providing legal help to veterans, Lynch has been chosen as The Veterans Consortium Volunteer Inspiring Pro Bono (VIP) for September 2018.

What has amazed Lynch the most about the clients he has worked with is that "there's no bitterness. I think if these veterans can be positive after what they have gone through [fighting for compensation], it really makes me reflect on my life and know that I can be positive, too."

Lynch believes his years in the U.S. Army have helped him in his work with veteran clients. "From a practical standpoint, I can read records easily, which is a benefit to the client," says Lynch, a Philadelphia-native. "I'm better able to put myself in their shoes. I feel a sense of camaraderie, I definitely feel a shared kinship with clients even though our service is separated by time and distance."

Courtney Smith, Senior Director, CAVC Practice for TVC, agrees that Lynch's ability to connect with clients makes him stand out. "John has a great heart and is really vested in helping as many veterans as he can. We couldn't be prouder of the work he is doing on behalf of his fellow veterans, who have served our country proudly, and we are so thankful for his incredible gift of time and talent."

The oldest of five siblings, Lynch enjoys trail running and biking in his free time.