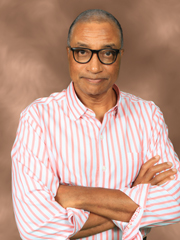 For 39 years, Robert Jackson used his law degree in a variety of settings and locations around the United States. As retirement years grew closer, he positioned himself in California where the weather was perfect for golf and running, two of his loves. But when he retired in 2014, Jackson, 72, says he quickly discovered, "I can’t play enough golf or run enough to fill up a day."

Jackson got busy taking pro bono cases and connected with The Veterans Consortium in 2016. Since then, he’s taken on four cases before the CAVC and is impressed with how the Consortium guides TVC National Volunteer Corps lawyers with their cases. "The Consortium has great folks leading you, suggesting a direction you may want to pursue and connecting you with (mentor) lawyers who can help you through the weeds," says Jackson, an Illinois native.

For his exemplary service providing legal help to veterans, Jackson has been chosen as The Veterans Consortium Volunteer Inspiring Pro Bono (VIP) for August 2018. Courtney Smith, Senior Director, CAVC Practice for TVC, says, it is great lawyers like Jackson who deliver on TVC’s commitment to veterans. "No matter the case assigned, Robert is always ready and willing to tackle it. His background has prepared him to handle a diversity of cases which makes him a top-notch attorney and a valuable advocate for our nation’s Veterans. We are grateful to have him as part of TVC’s National Volunteer Corps."

As a Vietnam Veteran, it made sense to help his fellow military members, but these cases have also become very personal for Jackson. Like many he works with, Jackson suffers health issues related to exposure to Agent Orange, a powerful herbicide sprayed on forestry and vegetation during the Vietnam War that has been associated with long-term health problems.

"What has been extremely rewarding has been to help veterans with similar issues as me," says Jackson, who served in the U.S. Marine Corps. "I like working with my former brothers in arms and I’m blessed to have the skills as a lawyer to help them. There is an old adage that good facts make good law. The facts in these cases have allowed us to win."

Jackson received his law degree from Syracuse University College of Law in 1976 and worked in a myriad of jobs from staff attorney and legal counsel for several health plans to director and executive director positions for correctional facilities and state criminal justice services. He retired as assistant regional counsel for the U.S. Department of Health and Human Services. Over the years, he has taught law and criminal justice at seven different colleges and universities. Jackson has four adult children and enjoys volunteering with the mens’ ministry at his church.