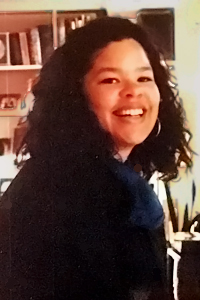 Attorney Diane Hester’s favorite part of the law is researching it and writing briefs. After scaling back to part-time and then contract work with two New York City law firms to balance the demands of work and family, she decided to become a solo practitioner and focus on what she loved. About the time Hester started to write briefs, her childhood best friend, Cynthia Brandon-Arnold, chief staff attorney/deputy clerk for the United States Court of Appeals for Veterans Claims (CAVC), mentioned The Veterans Consortium and thought Hester would love doing pro bono work on behalf of veterans. Brandon-Arnold was right.

"It's been very interesting," said Hester, 51, of Albany, New York, who was selected as TVC's Volunteer Inspiring Pro Bono (VIP) for the month of December. "I have learned a lot working on veterans' cases. It's a whole different world. When I first started, I was on the internet all the time trying to figure out the terms and the jargon – I had to get through all that in order to make it to the legal issue. I love to learn new things and I love appellate briefs."

She still keeps in touch with her first TVC client, a then 97-year-old World War II veteran from the Philippines, who served in the U.S. Army. It took two years to litigate his case, which ended up being settled by the VA. "He still sends me photos," said Hester, a graduate of Harvard Law School. Hester has volunteered with TVC since 2013 and has taken four cases. One is still active.

"Diane is a diligent and dedicated attorney who cares about her veteran-clients and pro bono practice," said Courtney Smith, TVC’s Senior Director, CAVC Practice. "We are grateful for the gift of her practice and the integral role she has played in ensuring our nation's Veterans receive the benefits they were promised and rightfully deserve."