TVC’s Volunteer Inspiring Pro Bono (VIP) is Major General Mike Nardotti (US Army, Retired and former The Judge Advocate General, US Army), Senior Partner, Squire Patton Boggs. Mike represents clients on a broad range of defense, national security and other significant issues at all levels across the Department of Defense and other federal agencies and on matters of special interest to members of Congress. A decorated combat veteran, Mike served for more than 28 years on active duty as a soldier and lawyer. He was The Judge Advocate General – the senior military lawyer in the Army – from 1993 to 1997, advising military and civilian leaders on sensitive, complex and highly-visible legal and policy issues of importance to the Department of Defense, Congress and the media.

Mike was recently recognized by The Veterans Consortium Pro Bono Program for over 20 years of service to veterans and their families, caregivers and survivors, as a member of TVC’s National Volunteer Corps. Over the past 25 years, Squire Patton Boggs has supported The Veterans Consortium with over 92 attorney engagements in Federal courts, participated in specialized Court of Appeals for Veteran Claims (CAVC) trainings, and assisted TVC in taking dramatic steps forward in our capacity to provide free legal services to veterans and their loved ones.

With Volunteers Inspiring Pro bono (VIPs) like Mike Nardotti and his colleagues at Squire Patton Boggs, TVC’s National Volunteer Corps now stands at more than 2500 attorneys— from both law firms and corporate legal teams—and paralegals and other pro bono professionals from coast to coast. As the leading national nonprofit focused on providing legal services free of charge to veterans - our nations defenders – TVC consistently delivers on our belief statement that our veterans deserve the care, benefits, and compensation they were promised, and the best legal services free of charge, to meet their challenges. TVC’s 82% success rate in federal court cases is achieved by the passionate commitment of our National Volunteer Corps members like Mike Nardotti.

As The Judge Advocate General, he also served as the leader and senior partner in one of the world’s largest law firms, the Army Judge Advocate General’s Corps. His team of 4,000 full- and part-time military and civilian attorneys and 5,000 full- and part-time military and civilian support staff provided comprehensive legal support and services to a worldwide community of more than one million Active, Guard, and Reserve commanders and soldiers and over one million family members.

Mike Nardotti’s military awards and decorations include the Distinguished Service Medal, the Silver Star, the Bronze Star and the Purple Heart. In 2006, he was inducted into the U.S. Army Ranger Hall of Fame, a high honor accorded those specially selected from the nominees of Ranger units and associations representing each era of Ranger history.

“We are privileged to have professionals like Mike Nardotti on the rolls of TVC’s National Volunteer Corps, and we salute his pro bono service as above and beyond the call of duty “, noted Ed Glabus, Executive Director, The Veterans Consortium. 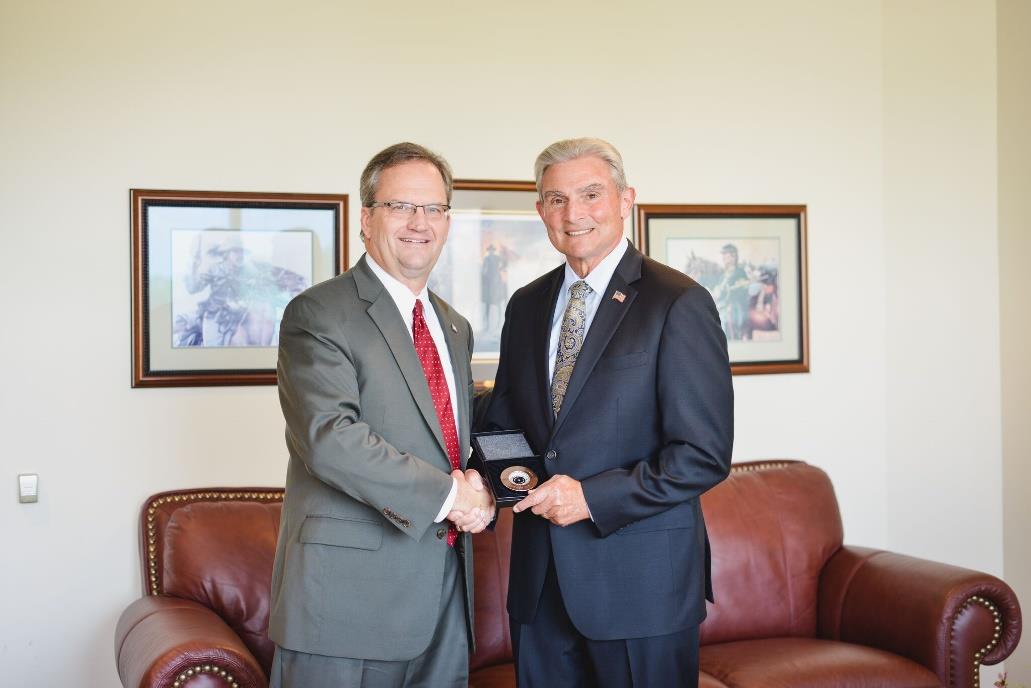