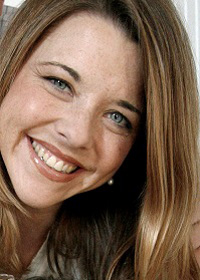 I started volunteering for the Veterans’ Pro Bono Consortium in 2003. As a young lawyer, I was looking for more hands-on, ‘real world,’ experience than I was receiving at my then large firm and the pro bono program promised just that. I was so inspired by the work that I made the difficult decision to leave private practice in 2005 to pursue an opportunity with the Veterans Administration at the Board of Veterans’ Appeals, where I served as Associate Counsel for over three years before leaving due to a growing family. In the years that followed, thanks to the relationship fostered between my first Pro Bono Consortium mentor, I began consulting work for Paralyzed Veterans of America and volunteered to accept more cases from the Consortium.

"My latest case for the Consortium involved an Army veteran who had been diagnosed during active service with two hernias. Although he was initially granted service connection for the hernias, he was assigned a noncompensable rating, despite evidence of record showing significant residual complications that should have qualified him for a compensable rating. The case came to me following a previous Board remand wherein the Board ordered additional medical examination reports with clear conclusions, supporting data, and a reasoned medical explanation connecting the two. Despite such specific instructions, the examination report failed to provide the required information. The Board, however, continued to deny the veteran’s claim stating, among other things, that the new medical examination ‘substantially complied’ with the Board’s previous instructions.

"I argued that the Board failed to ensure compliance with its duty to assist because it failed to obtain an adequate medical examination and opinion upon which it could accurately rate the hernia residuals, and it failed to comply with its own remand instructions by accepting “substantial compliance” versus complete compliance. After full briefing on the case, VA general counsel agreed to remand the claim for another examination with even more specific instructions. Following this remand in 2015, the veteran ultimately received compensable ratings and was properly awarded back compensation based on his original claim date in 2008.

"My experience with the Veterans Pro Bono program completely changed my professional and personal life and shifted my focus to the service of others and giving back to those who have given so much for my rights and freedoms. I feel honored to represent those who have served our country and fight for that to which they are entitled. The Program also gave me a mentor, and now good friend, that has guided and inspired me to be more. These are all unique benefits that only a program such as this can provide. Real life, real people and real experiences that enrich you in ways you can’t appreciate without going through it.'