The Veterans Consortium Pro Bono Program Announces Mario A. Marquez as New Member of the Executive Board

The Veterans Consortium (TVC) is pleased to announce our newly appointed TVC Executive Board member, Mario Marquez, who joins a distinguished group of veteran advocates championing the mission of TVC. 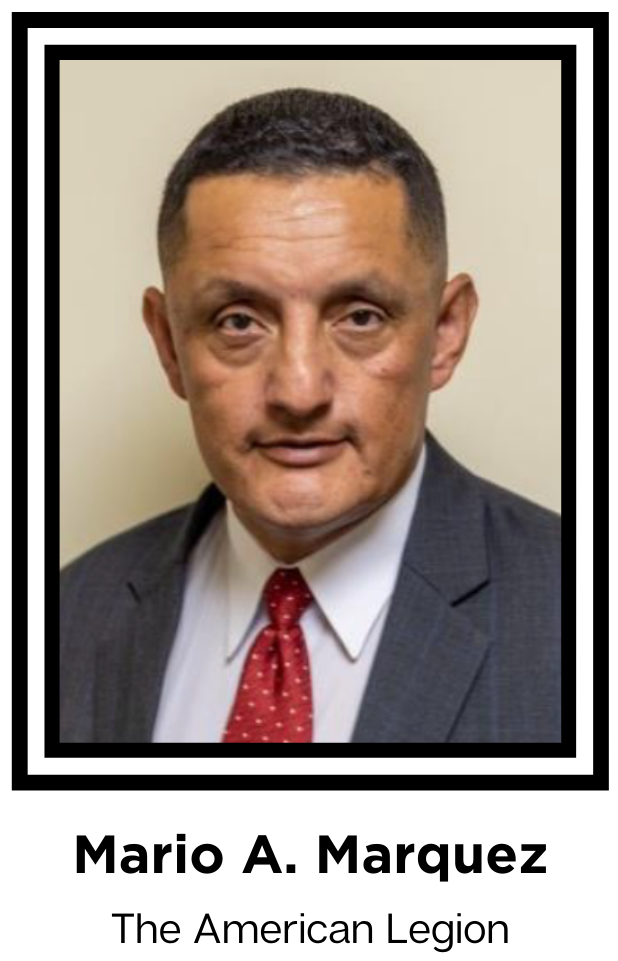 Effective immediately, Mr. Marquez will take over as the American Legion Representative on TVC's Executive Board upon the departure of Chanin Nuntavong, who has served in that role since 2019. Chanin has been a staunch supporter of our program and we thank him for his dedicated service to our mission and our country.

"Chanin has been a pleasure to work with and a valued member our Executive Board. As a retired Marine Corps Gunnery Sergeant, with more than 22 years of service who now serves as the Executive Director of Government Affairs for the American Legion, he brought a genuine passion for our mission to provide our veterans with the best legal service, free of charge to meet their challenges. On behalf my fellow Board members and the TVC staff, we thank him for his leadership and counsel." William S. Foster, Jr. Chairman, TVC Executive Board.

Mr. Marquez serves as the Director for The American Legion's National Veterans Affairs and Rehabilitation Division where he oversees a staff dedicated to the timely and compassionate delivery of healthcare and benefits for U.S. veterans. Mario is a retired Sergeant Major with more than 31 years of service in the U.S. Marine Corps, where he spent 20 of 31 years deployed or stationed overseas and participated in four combat tours in Iraq; he supported Operations Inherent Resolve, Southern Watch, and Enduring Freedom in the Middle East; earthquake disaster relief in Japan, and operations in Central America, Africa, and Kosovo. His personal decorations include two Legions of Merit, one Bronze Star, two Meritorious Service Medals, three Navy and Marine Corps Commendation Medals, and five Navy and Marine Corps Achievement Medals.

"One can't help but be inspired by Mario's service to his country," says Chairman Foster. "We look forward to the unique perspective he will provide to the Executive Board and his continuation of the valuable contributions by the American Legion to the Consortium's mission. Welcome aboard."