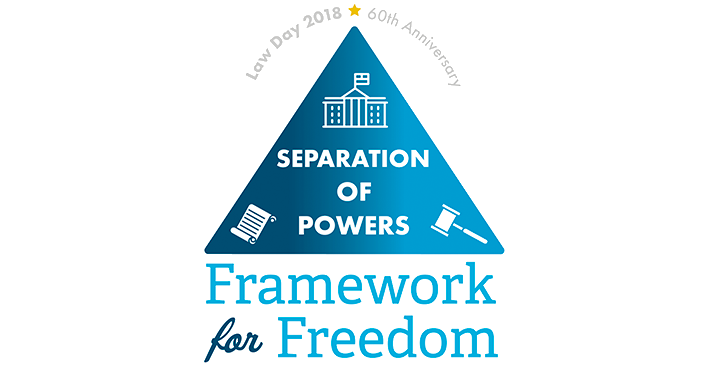 May 1st marks the 60th anniversary of Law Day established by President Dwight Eisenhower in 1958. The year’s theme, as proposed by the American Bar Association, Separation of Powers: Framework for Freedom, is of special significance for The Veterans Consortium Pro Bono Program which owes its existence to the creation of a new Federal court. In 1988, President Ronald Reagan worked with the U.S. Congress to establish and resource what is now the U.S. Court of Appeals for Veterans Claims as an Article I Court with exclusive jurisdiction to review the actions of the Veterans Administration (now the Department of Veterans Affairs) regarding claims brought by our nation’s defenders. Until that action some 30 years ago, the VA was the largest executive branch organization operating essentially without judicial review of its actions. With bicameral and bipartisan support from Congress, the President’s action implemented the essence of the separation of powers envisioned by Madison and reflected in the Constitution with the establishment of a strong, independent Article I Court ensuring our nation’s defenders a full measure of the protections afforded all citizens. Robust, independent judicial review has historically provided the best method of fair and equitable application of the law and regulations and the U.S. Court of Appeals for Veterans Claims continues that proud tradition for our nation’s veterans.

On behalf of nearly 6,000 veterans and their family members, caregivers, and survivors represented to date through the federal Pro Bono Program, thank you to all of the members of our TVC National Volunteer Corps for your dedicated and professional service before the U.S. Court of Appeals for Veterans Claims.