Looking Back at History in the Making:
TVC Volunteers Take Veterans Cases All the Way to U.S. Supreme Court

Over the past 25 years, members of the TVC Nationwide Volunteer Corps have assisted veterans all the way to the Supreme Court, setting precedents that have positively impacted veterans case law. In 1994, Brown v. Gardner, was ably served by the team of J. Michael Hannon, Esq., Founder of Hannon Law Group, arguing the case for the respondent, and William S. Mailander, Esq. (then serving as TVC Board Secretary and PVA General Counsel), supporting him on the briefs. In a unanimous decision written by Justice David H. Souter, the court ruled in favor of Fred P. Gardner, a veteran of the Korean conflict. Mr. Hanlon, at the time, a partner with Thompson O'Donnell, LLP, argued the first appeal before the U.S. Supreme Court from the U.S. Court of Appeals for Veterans Claims (CAVC) in October of 1994. The unanimous ruling by the Supreme Court overturned a 70-year practice by the Department of Veterans Affairs denying compensation to medically injured veterans. 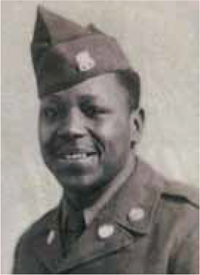 The second case, Henderson v. Shinseki, was the case highlighted in TVC’s 2010 Annual Report as “the highlight of the Program’s appellate efforts in 2010”. Mr. Henderson and eventually, his widow, would be represented by Lisa S. Blatt, Supreme Court practice group, and Thomas W. Stoever, of the Denver offices of Arnold & Porter Kaye Scholer (formerly known as Arnold & Porter). Little did the team of attorneys know that this case would go down in history as one of the most important cases of veterans law. Henderson v. Shinseki sought to preserve the rule of equitable tolling for veterans who as a result of disabilities or circumstances beyond their control, fail to file a Notice of Appeal (NOA) within the 120 day limit.

For details of this historic case, click here to open our 2011 Annual Report and refer to pages 2-7.

Join us as we celebrate the Silver Anniversary of the great work of our 2500 pro bono attorneys who have passionately and effectively served our nation’s defenders and their families, caregivers and survivors, since 1992. The Master of Ceremonies, Lee Woodruff, co-founder of the Woodruff Foundation, will guide the evening’s program as we present awards to our 2017 TVC Pro Bono Mission Partner Awards, recognize our volunteers, and honor the co-counsel of our 5000th case, The Honorable William H. Webster, former director of the FBI and CIA, and Ms. Linda Klein, Past President of the ABA. The Silver Anniversary Celebration will also provide an opportunity to showcase our initiatives to assist veterans, including those suffering from PTSD and TBI including our Friday Legal Clinics and our Discharge Upgrade Program. Please join us! Click here for sponsorship and ticket information.