The Veterans Consortium (TVC) is pleased to announce our newly appointed TVC Executive Board member, Richard V. Spataro, Esquire who joins a distinguished group of veteran advocates championing the mission of TVC. 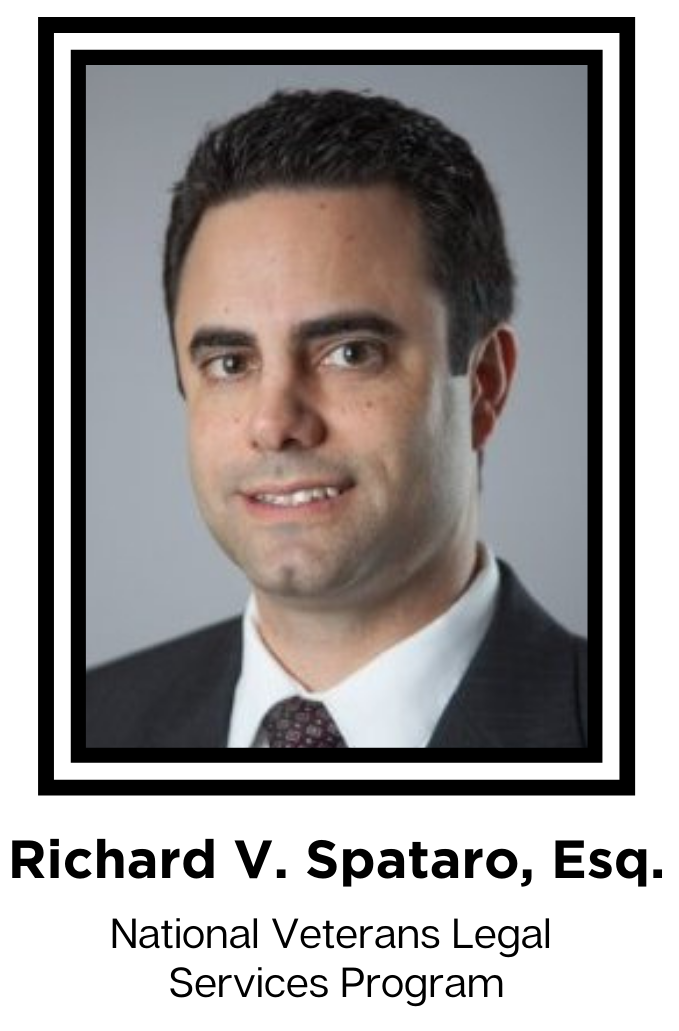 Effective immediately, Mr. Spataro will take over as the National Veterans Legal Services Program (NVLSP) member on TVC’s Executive Board upon the departure of Bart Stichman, who has served in that role since 2017. We are very grateful to Bart for his four years of dedicated service to our mission.

Bart devoted his entire professional legal career to helping veterans and their families get the federal veterans benefits to which they are entitled. We are thankful for his breadth of knowledge and guidance on our Executive Board over the past four years and wish him well in his future endeavors.

Mr. Spataro is a U.S. Navy veteran who served as a Surface Warfare Officer. He earned his commission through the Naval Reserve Officers Training Corps program at Duke University and spent four years on active duty, serving first as the Auxiliaries Officer of the USS Vella Gulf and then as the Navigator of the USS Mount Whitney.

“We’re fortunate to have Rick join the TVC Executive Board as the NVLSP representative. He is well known and respected by the TVC staff and will hit the ground running with his knowledge of the Pro Bono Program. I personally look forward to working with him in this new capacity,” William S. Foster, Jr. Chairman, TVC Executive Board.