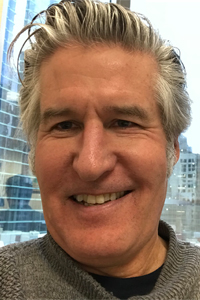 An announcement from The Veterans Consortium looking for pro bono attorneys caught Leo Dombrowski’s eye some twenty years ago. He was working in environmental law and trying to decide how to spend his pro bono time. Dombrowski, the son of a Navy World War II veteran and the son-in-law of an Air Force fighter pilot from three wars, decided to give it a shot.

"I thought it would be a good place to do pro bono work so I did the training and I'm working on my ninth case," said Dombrowski, 61. He’s 8-0 so far and humbly points to the excellent mentors he’s been assigned to help with cases as the reason for so many victories. Because he works in a different area of law, it takes much more time to navigate on veteran’s cases, he said. “But then the mentors come in and really help. They have really improved my work product."

For his great dedication over the past 20 years, Dombrowski, an attorney with Sanchez Daniels & Hoffman LLP, been chosen as the The Veterans Consortium Volunteer Inspiring Pro Bono for January 2018. Dombrowski, a Chicago resident, rarely gets the opportunity to meet his clients, as many cases are decided from the filing of briefs. Hearings take place at the U.S. Court of Appeals for Veterans Claims located closest to the veteran, so if cases go that far before being decided, Dombrowski takes part in proceedings by video conference. But one case, where the veteran lived nearby, stands out in Dombrowski's memory.

An Army veteran with Agent Orange exposure who Dombrowski helped receive a 100 percent rating for benefits was so thankful he and his wife took Dombrowski and his wife out to dinner. But that’s not all. When Dombrowski’s father died, this same grateful veteran drove some 50-75 miles from northwest Indiana to Chicago to attend the wake. Dombrowski says even in his environmental law practice, such return kindness has never happened. His work with veterans is special.

"I get good cases, my mentors have been fantastic, the veterans and their spouses are very grateful for the help,” Dombrowski said. “I couldn’t think of anything better to do with my pro bono time."