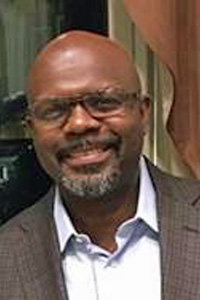 "Ken was one of our first student volunteers at the TVC Legal Muster[SM]," said Samantha Stiltner, a staff attorney and program manager at TVC. "His positive attitude and enthusiasm have made him a valuable part of our National Volunteer Corps."

Crawford was commissioned as a Distinguished Military Graduate at the University of Alabama. Before serving in the Army, he worked as the Assistant to the President of Beloit College, in Beloit, Wisconsin, and as a community organizer in an elderly community in rural Alabama. While on Active Duty, he served as a Military Intelligence officer for 20 years. His military awards include the Bronze Star and Legion of Merit Medals for meritorious service in Iraq, Japan, the United Kingdom and throughout the United States.

His last tour of duty was at the Pentagon, where he served in the Office of the Army Inspector General and as a Team Chief in the Army Operations Center. Crawford currently resides in Alexandria, Virginia.

We salute Ken Crawford's dedication to veterans and commitment to pro bono service, and we are privileged to select him as our December Volunteer Inspiring Pro Bono (VIP).