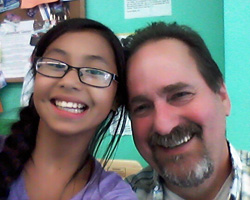 "My journey into the practice of veteran’s law began in 2013 with a phone call from Carol Scott, to take the case of a veteran from Tennessee. My first conversation with my client began on a Sunday evening and I was immediately struck by the gentle and quiet nature of this veteran. As he unfolded his story I quickly realized that his was the story of so many veterans who had fought so bravely in combat but felt inept and frayed from their battle with the VA. I learned that my client had fought valiantly in Vietnam where he suffered multiple injuries.

"Shortly after I started working on his case I realized that representing veterans entailed more than discerning administrative regulations and researching supporting case law. Representing veterans, especially elderly veterans, also meant embracing the stories of their lives, their bravery and their sacrifices. My client sent me pictures from his time in the service that told the story of a young and handsome man, full of vigor and promise, who placed his dreams aside to walk into a world of fire and bloodshed. Now, though frail and in near constant pain, he steadfastly dawns his old uniform to attend several funerals a month for veterans in his area.

"I worked diligently on the matter and the Consortium supported me with great mentoring, and eventually I was able to obtain a favorable outcome for him. While my client greatly appreciated my legal representation, there was more going on through the many phone calls we shared. He seemed to equally value the fact that the Consortium and I took the time to listen to his story and validate his frustrations in a way that helped him feel more empowered and hopeful. In the end, that validation may prove nearly as valuable as the additional benefits that may come.

"My experience working with the Consortium, and the heartfelt admiration I developed for my client, marked a sea change in my legal work. I have since focused my practice on veterans law. It is not the easiest practice, but the Consortium has helped me every step of the way. They have helped me integrate my past legal and teaching experience into the practice of veteran’s law, strengthened my overall legal skills by encouraging me to probe novel legal strategies and otherwise think and advocate ‘outside the box.’ And while veteran’s law is not the most profitable practice, it is a truly noble and rewarding one.

"Through the course of representing veterans, I have become a better attorney, father, and a better man. Along with my standard veteran disability cases, I have also continued representing veterans on a pro-bono basis. I am so often reminded of the courage and dignity of my veteran clients, and have often developed a personal as well as a professional relationship with them. They seem as appreciative as any clients you could ask for, and when veterans who truly embody honor, fidelity and bravery, call you their “wingman” or commend you on your steadfastness and toughness, as if you were their brother in arms, it leaves you an indelible feeling of pride and a renewed sense of purpose.

"None of this would have happened without the Pro-Bono Consortium and the great work they undertake to help veterans in need; not only veterans in need of legal representation, but attorneys that appreciate and value their life stories and their sacrifices. I am so grateful for the opportunities the Pro-Bono Consortium have provided me and the great influence they have had on my legal career."