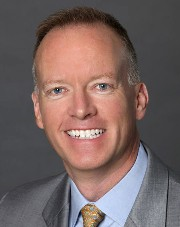 Keith Krom serves as a Staff Attorney with the Case Evaluation & Litigation team at The Veterans Consortium Pro Bono Program (TVC). Prior to joining TVC, Keith practiced extensively in the areas of regulatory and administrative law having represented clients before federal and state courts and agencies.

Keith also represented clients in meetings with Members of the U.S. Congress and provided advice and counsel on lobbying ethics and disclosure laws. Keith also is an alumnus of TVC’s National Volunteer Corps and represented two Veterans while working in private practice.

Keith is a Connecticut native and the proud son and nephew to four WWII U.S. Marine and Navy Veterans. He currently resides in D.C. with his wife, Inés; they have two grown children.
To contact Keith or for more information on The Veterans Consortium, he can be reached at keith.krom@vetsprobono.org.